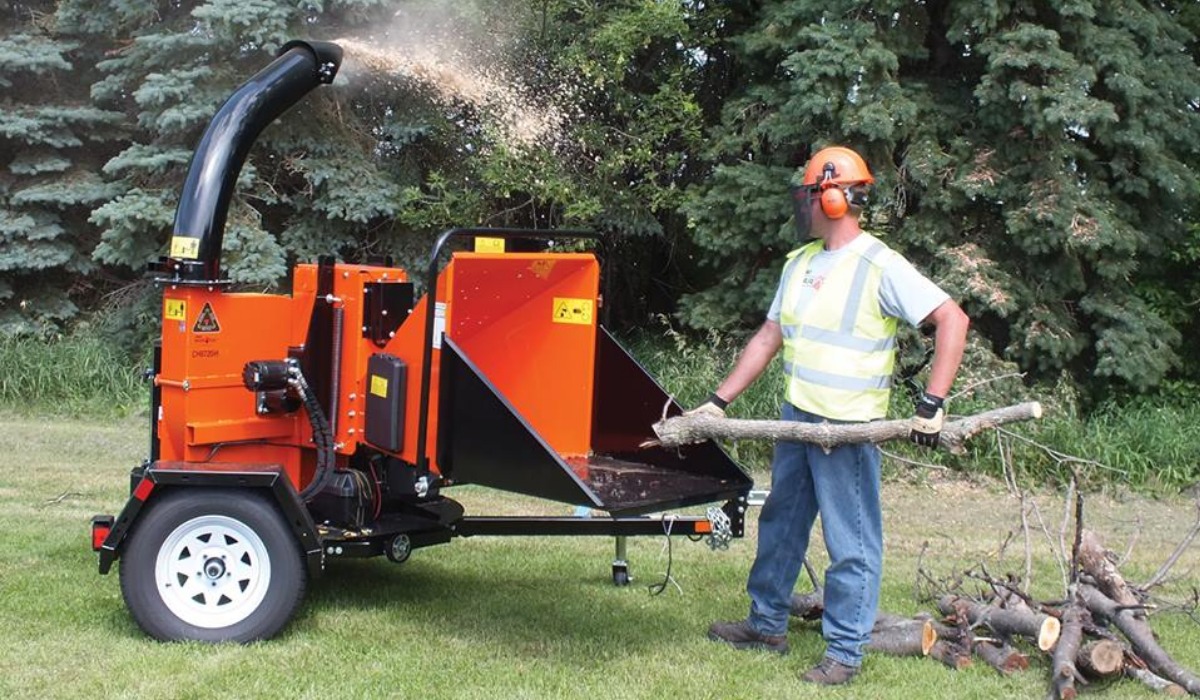 ECHO Bear Cat is a commercial grade, heavy-duty line of outdoor power equipment. With a variety of superior equipment available, consumers will find a machine to get any job done!

Crary Industries exemplifies that spirit which is the heritage of people living in the northern plains. Reinhold Delzer saw a need for combine attachments that helped farmers harvest sunflower seeds. To manufacture these attachments and provide machining services for area Ag businesses he founded the Delzer Machine Shop. In 1979 the health of the company founder led to the sale of his company to Chuck and Joe Crary. Neither Chuck, a certified public accountant for a regional accounting firm, nor Joe, a real estate broker and developer, had any experience in manufacturing, but like the pioneers before them they took a chance.

Shortly after selling the Company Reinhold Delzer died. Lacking experience the new owners turned to another valued northern plains trait: cooperation. They knew if they surrounded themselves with good people the company would prosper. In a manner similar to that of a traditional barn raising, they sought out people in the community to help. Mechanical engineering students at N.D. State University helped design and draft equipment. Moorhead State students were brought in to help market and advertise. Members of Service Corp Of Retired Executives (SCORE) provided purchasing and management insight. The lead person in setting up the manufacturing process was Bill Kohler, a retired tool and die maker. His dedication, long hours and ability to make use of limited resources were instrumental in getting the company going.

In the beginning there were two owners, two employees, a run down steel building with little heat, and no running water. However the company had products; sunflower and edible bean harvesting attachments, and Anhydrous applicators, that satisfied the needs of those for whom the company was organized- its customers. From these humble beginnings the company was able to make a profit and grow as more and more customers wanted the products being manufactured. To better meet the needs of its customers, operations were moved to the present West Fargo plant site where a modest 6000 square foot building, with running water, was erected. The company's name was changed to Delzer-Crary Company and in 1981 it was shortened to Crary Company.

The company continued to grow. Growth required that the organization be flexible and expand its customer base. Crary Company has manufactured multiple products for a variety of different industries. In addition to the sunflower and bean harvesting aids came cutting attachments for combines and swathers, and high-pressure fans. A line of outdoor power equipment: snowblowers, chipper-shredders and composters was added, and the Bear Cat line of Outdoor Power Equipment was born. Custom job shop projects were taken on: fireplaces, exercise equipment, etc.

After a number of consecutive years of growth, the Company was sold to an investment firm in 1999 whose strategy was to facilitate growth through acquisitions. Crary Company became part of a group of other manufacturers under the corporate name of TerraMarc Industries. The other manufacturers all specialized in Potato planting, harvesting, and handling equipment, and the combination made TerraMarc the leading Potato Equipment manufacturer in North America. One of those companies was Lockwood, with a manufacturing legacy dating back to 1935. Based in Nebraska in outdated facilities, the decision was made to double the size of Crary Company to 200,000 square feet and move the Lockwood product line to West Fargo in 2001. In the years since, the company was able to stabilize its market share as one of two dominant domestic manufacturers of Potato equipment and penetrate new international markets.

Two of the Potato Companies: Mayo Mfg and Harriston Industries were re-sold in 2005 to their employees, setting the stage for the sale of the Crary Company to ECHO Incorporated of Lake Zurich, IL and creating a new company named Crary Industries. ECHO's focus on hand held power equipment, and it's strong distribution channels were a natural compliment to the Bear Cat line of Chipper-Shredders. With the development of sales channels for the Power Equipment, Crary continues to make quality products for the agricultural market, and also Potato Planters and Harvesters under the Lockwood Brand.

Throughout its history, the company's focus on customers and its flexibility and ability to diversify has resulted in continued growth and recognition in its community, and the markets served.

Your web browser is out of date.

Please download one of these free, up-to-date browsers for the best experience on our site